Do you remember that I promised to weave all the amazing people I met a few weeks ago into a side-splittingly witty  post? It was going to be my best bit of writing, yet it’s not going to happen.

To be really, really funny, in my world at least, there needs to be a slight edge of nastiness. After all, how else can you be cutting without an edge? The truth is that I really liked all the people I met, from the Bertie Wooster type though to the men of the cloth, my hosts and The Paperclip. All thoroughly decent coves (I thank you, Mr Wodehouse).

However, assiduous followers of this blog, numbering under ten at the moment, will know that pretty recently I realised a childhood dream which saw me tick off the longest standing item on my bucket list. I finally bought a Porsche 911 Carrera. Unkindly, but rather humorously, I was told that I had had a mid-life crisis and now had a Menoporsche.

I had invested the realisation of this childhood dream with extraordinary expectation. I am struggling to understand why it isn’t happening as per the script in my head.

It is extraordinarily beautiful. It is German so impeccably bolted together and is rewarding to clean and polish and then admire. On the throttle the flat-six 3.4l motor sounds awesome. It is easily one of the best handling cars I have driven, although when pressed a little it can understeer a tad with all the weight in the back. It is quick. Not fast but reasonably quick. Others may think it is fast, such as the policeman mate I took for a ride yesterday, but then he drives shitty little Vauxhall Astra’s where the 0-60 time is expressed as a “please apply in writing’ figure and to blue light them is hardly different to ordinary driving. When we nudged 110mph he was wide eyed. I told him that on the bit of road between the M40 and Bicester it does a 140mph in 4th, which earned me a raised eyebrow. At least I think it was that. For a pretty unflappable 6’3” copper, and despite the seatbelt,  he seemed to be trying to coil himself into the footwell for some inexplicable reason.

I think I have been spoiled for performance and thrills by the many motorbikes I have owned and ridden. It’s hard to impress me with a car that does 0-60mph in 6 sec when I have owned bikes that do it in half that time and do 0-100mph in second gear. 160kph for you sensible metric nations. 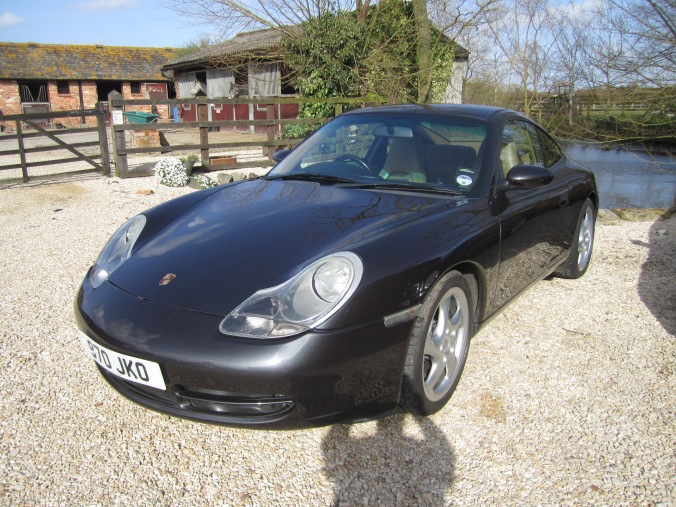 Gorgeous from any angle.

However, it’s not just about the power because as any fule knos: you can purchase horsepower. It is about the dismay of the entire package failing to wow me as I had expected.

And that is most unexpected.